0
was successfully added to your cart.
Category 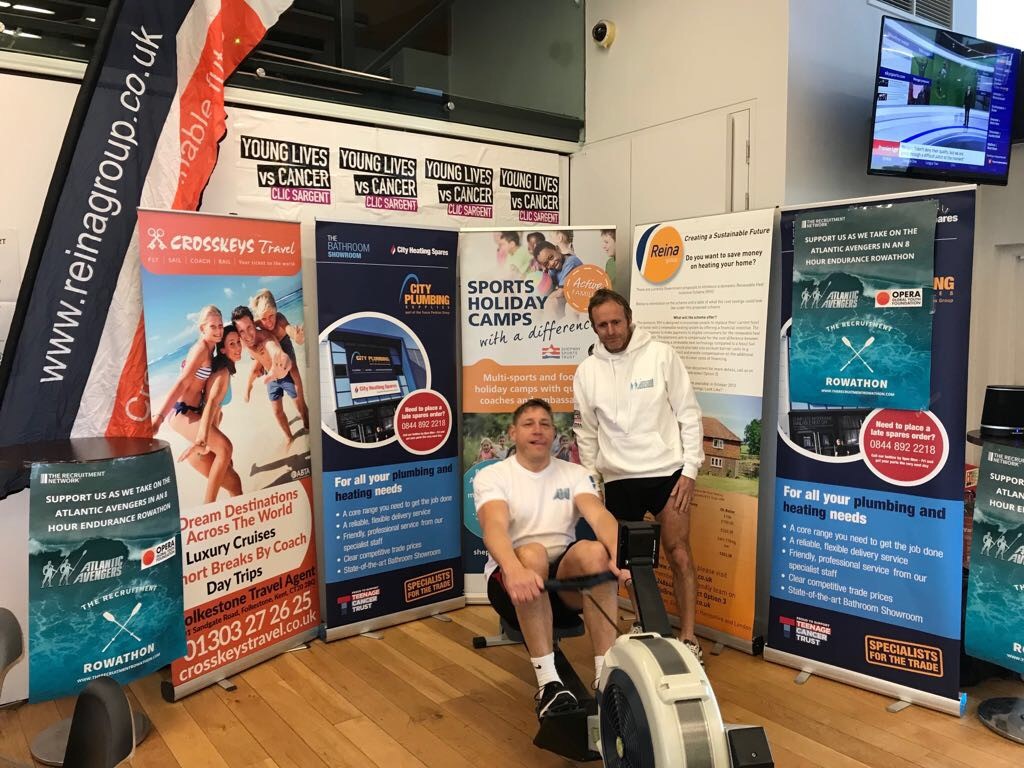 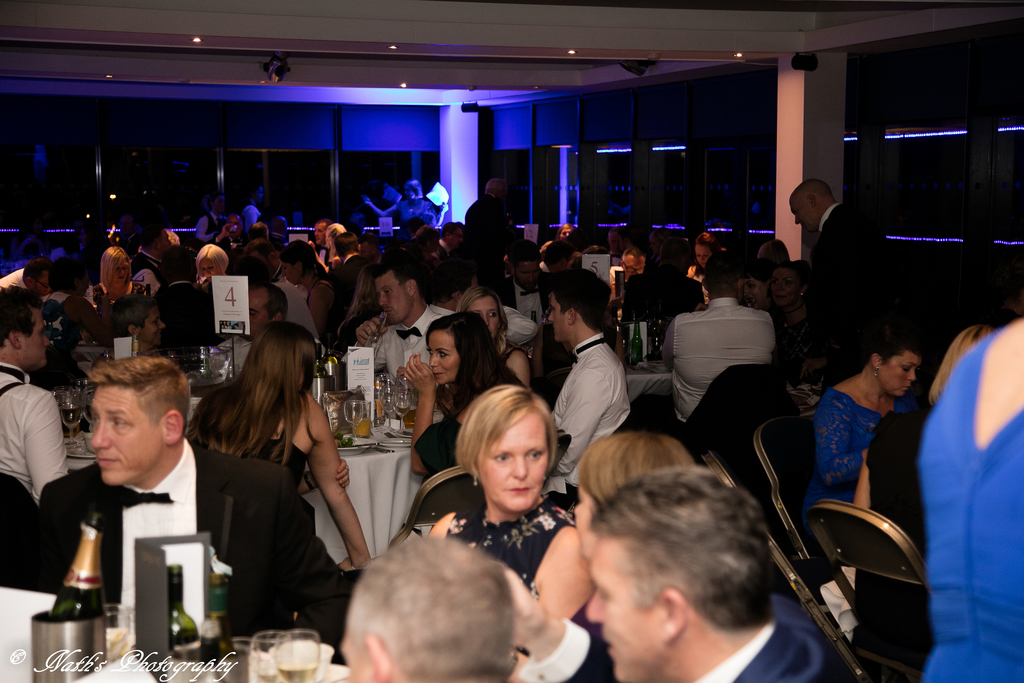 Celebrations at the Atlantic Avengers launch took place in the Channel Suite at the Leas Cliff Hall on Saturday 4th November 17.  The Atlantic Avenger’s rowing boat was displayed at the entrance of the venue on the Leas in Folkestone and lit up by neon blue lights.

The evening was dedicated to these two ordinary local men who are starting their journey and preparation to row the Talisker Whisky Atlantic Challenge, the world’s toughest row in 2018.  Alan Campbell the Ambassador for the Atlantic Avengers echoed the enormity of the challenge and said Ricky and John were inspirational and maybe a little crazy in taking on such an encounter.

With thanks to friends, family, local businesses, all donating so much during the evening, to support the three chosen charities, Click Sargent, Shepway Sports Trust and Opera Global Youth Foundation.

The Team are now preparing the next event which is the London Launch, soon to be announced.  Hoping to achieve great things and welcome new sponsors onboard!   Details coming soon.

Training in the Classroom is the start for the Atlantic Avenger Rowers! 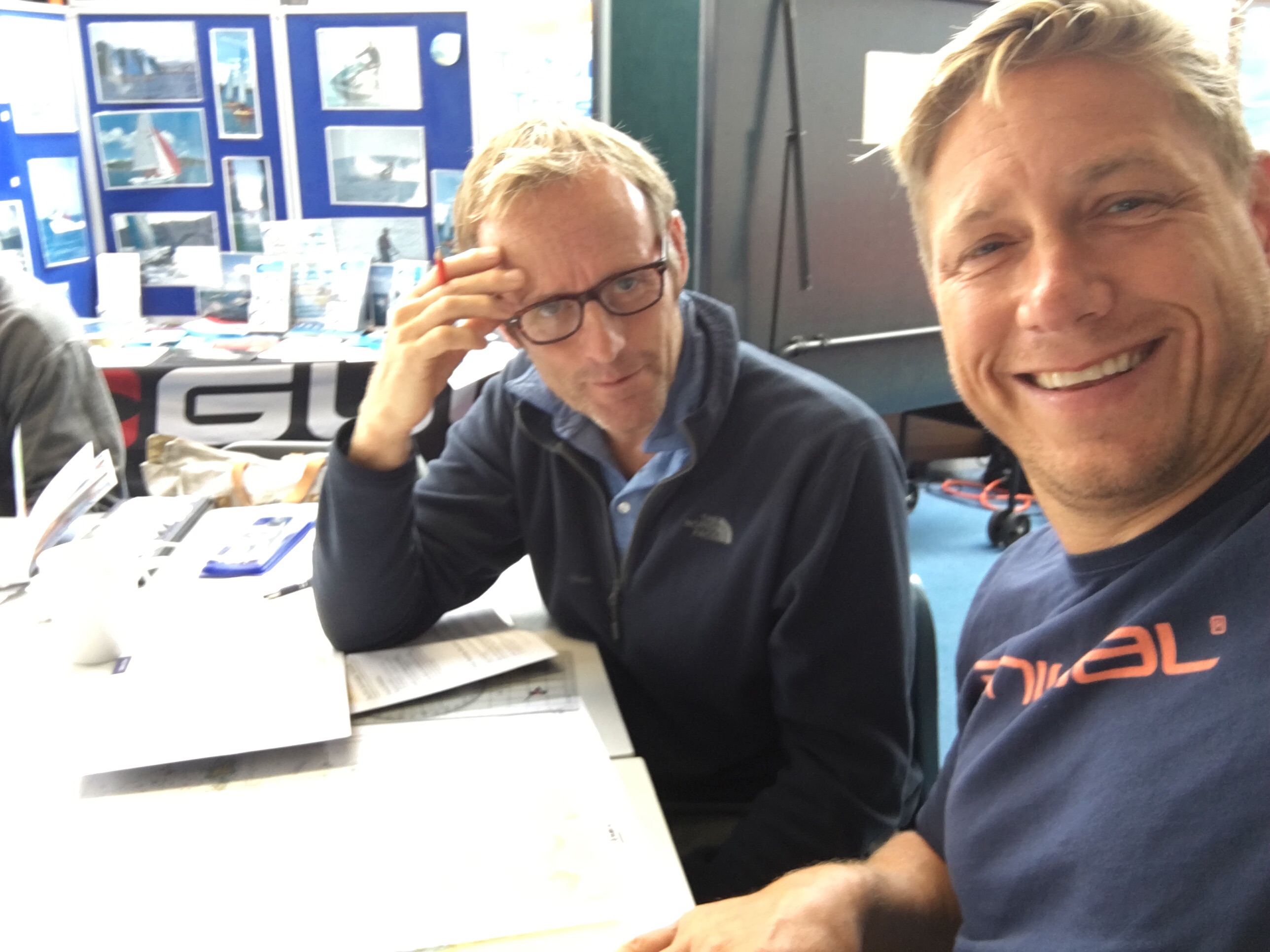 Ricky Reina and John Wilson have commenced their journey and training for The Talisker Whisky Atlantic Challenge 2018.  During the week the rowers are participating in a RYA Navigation Course, first aid  and sea training with SeaSports South West.  The week will furnish the guys with invaluable knowledge for the challenges that face them during their crossing of the Atlantic from La Gomera in the Canary Islands to Antigua, 3000 miles of unforgiving ocean.

The course is highly informative with plenty of opportunities for the boys to put their new found knowledge into practice.  The course involves charts & publications, safety, buoyage, tidal awareness, visual & electronic navigation, key elements required when endorsing on such a dangerous challenge.

By admin | Blog, Charity | No Comments 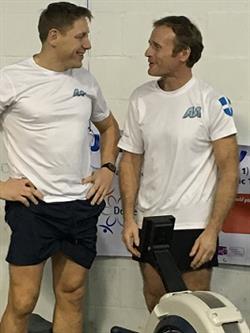 Kings School recreation centre Canterbury is hosting this Double World Record Rowing attempt. Those of you who know Ricky personally will totally understand the reasons why he challenges himself to undertake these remarkable feats.

The current “MAD” test of his skills / fitness / mental endurance is an attempt at a Double World Record. The fastest tandem row to reach 1000000 metres (1000km – the distance between Canterbury & Gothenburg, Sweden) and the longest continual tandem row which currently stands at a staggering 3 days, 16 hours, 54 mins and 8 seconds. His partner in crime for these “mind blowing ” tasks is John Wilson who seems to be the calming influence of the pair.

The two cohorts have received tremendous support from family, friends and staff at the Kings School recreation centre where the event is being held. If you would like to offer your support why not pop along and see history being made on Saturday the 27th Feb 2016 . Both records should be broken around 09.30ish & midday respectively.

This “simple” feat of rowing continually for 4 days is only a precursor for the slightly more daunting task of rowing the ATLANTIC next year following the route of Christopher Columbus rowing from Cadiz, Spain to Antigua, 3800 nautical miles. 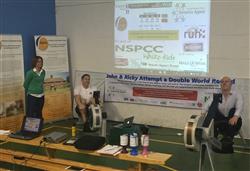